earthquake that took place in the eastern part of Turkiye. We will transfer the allocated fund for the social event to the earthquake needs.

Thank you for your understanding.

How to apply as an individual delegate or as a delegation? 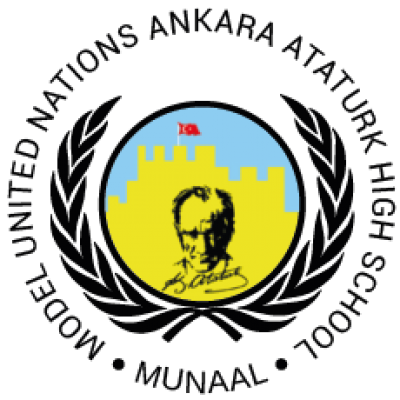 MUNAAL 2023 contains International Court of Justice (ICJ) among its committees. Applications of ICJ will be made via google forms which you can find at 'Apply Now' page of our website. Participants who wish to apply to ICJ, pease check out the official website of MUNAAL A2023. 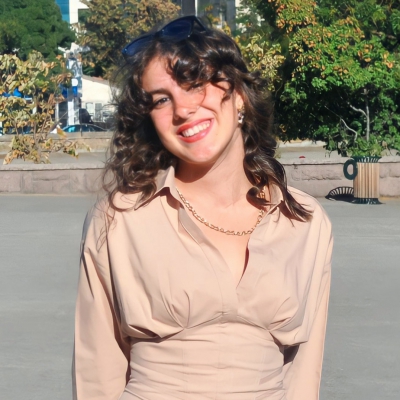 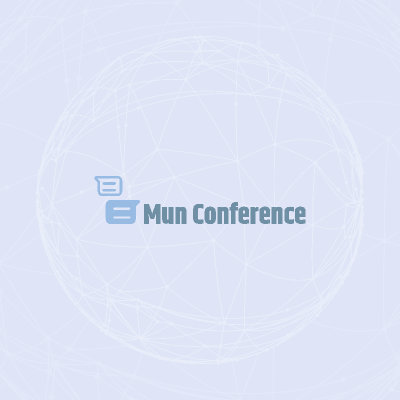 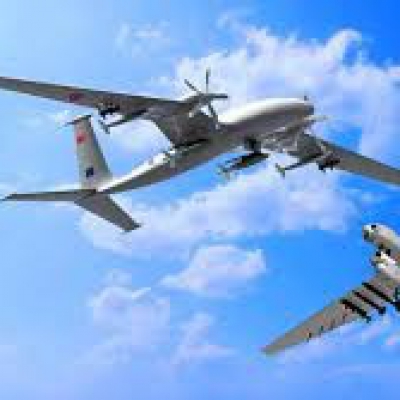 Agenda Item I: The Creation of a Multilateral Discourse on a Thorough Framework for The Development And Oversight of Military-Grade AI

Agenda Item II: Addressing the Issue of Proliferation of Small Arms and Light Weapons
General Assembly First Committee, also known as Disarmament and International Security Committee (DISEC), as seen in its name, deals with disarmament, global security and threats against peace that affect international solidarity. Within the scope of the UN Charter, the general principles of DISEC consist of but are not limited to: Cooperation in maintaining global peace and security, regulating armament and governing disarmament. In light of all development and technological advances around the globe in the past decade, Artificial Intelligence(AI) has been the main agenda of many private and government research and development programmes. While it has the potential to help meet the UN’s sustainable development goals (SDGs), it also has raised concerns about its use in armed conflicts, loosening human control in the means of combat. Past discussions have been facilitated by the United Nations Office for Disarmament Affairs (UNODA) to maximize the benefits of AI while preventing the malicious use of such important technology. Small Arms and Light Weapons (SALW) have been one of the main factors of the rise in violence across the globe. SALW usage can potentially bring harmful consequences to the civilian population as far as terrorism. Stemming the illicit trade of such items and ensuring their use following international law is one of the main goals of UNODA. The aim of the committee is to reach a common ground for these issues in a diplomatic setting. 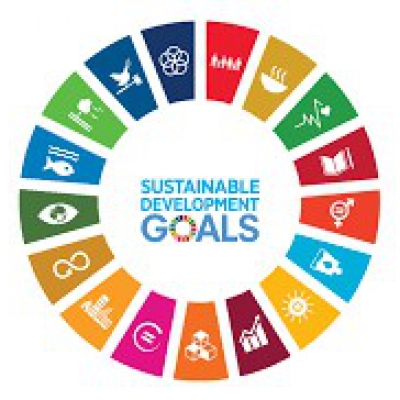 United Nations Development Programme (UNDP)
Topics
Agenda Item I: Assuring Progress of Sustainable Development Goals for Small Island Developing States
Agenda Item II: Integrating Ecosystem and biodiversity values into national and local planning, development processes, poverty reduction strategies and accounts.
The United Nations Development Programme was established as a merger in 1966 between United Nations Expanded Programme of Technical Assistance and the United Nations Special Fund. The UNDP strives to help developing countries adopt sustainable policies that further strengthen their economy with its presence in 170 countries and territories. Poverty and hunger reduction, sustainable management of natural resources, tackling climate change, and socioeconomic development through technology are only some of UNDP’s key missions. UNDP brings vulnerable people and countries together through partnership, builds inclusive and peaceful communities, and raises prosperity levels, all while protecting the environment. Small Island Developing States are a group of 38 islands that make up about 1% of the world’s population; and are recognised as a special case in the UN with their unique social, economic, and environmental challenges. The delegates of UNDP are expected to provide solutions for socioeconomic and environmental shocks to Small Island Developing States’ naturally fragile land and marine ecosystems. In the case of developing states; biodiversity and economic values are two critical issues that need addressing. Combined with the challenge of poverty, and wide wealth disparities in society; carefully created national local planning proves essential. An environmentally safe process of poverty reduction, incorporated in an effective national local planning system will be the committee's focus as they come together to put together well-structured economical systems. 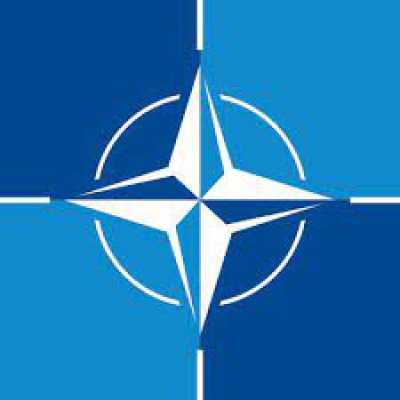 North Atlantic Treaty Council (NATO)
Topics
Agenda Item I: Reconnoitring the Increasing Threats of Russia's Nuclear-Powered Icebreakers on the Arctic Region
Agenda Item II: Enhancing Maritime Security and Deterrence Capabilities of NATO
North Atlantic Treaty Organization (NATO) is an intergovernmental military and security alliance of 30 countries from North America and Europe. NATO aims to safeguard the borders of its member states by creating a collective defense system in which its member states agree to mutual defense in response to an attack by any external party. The term "Maritime Security" is used to describe maritime conflicts that are often associated with human security, environmental protection at sea, national security, and income development. Maritime includes the Oceans, Rivers, Ports and seas including national resources connected to a water source. Maritime Security has a very important place in the world and within the framework of NATO, as geopolitical military deployment, conflict between countries, piracy and much more are at stake today. A nuclear-powered icebreaker is an icebreaker with an onboard nuclear power plant that produces power for the vessel's propulsion system. Currently, the only country that still produces Icebreakers and use them is Russia. The Icebreakers used the be diesel-powered back in USSR however right now Russia is using Nuclear Energy to operate an Icebreaker much better than diesel-powered ones. Using Nuclear Power in the arctic is basically a threat to International Energy Security since the Arctic region is non-governmental and also any nuclear energy leak can cause massive damage to Global Warming. This situation also depends on Maritime Security, but Maritime Security does not fully cover this issue and is therefore under NATO's agenda. 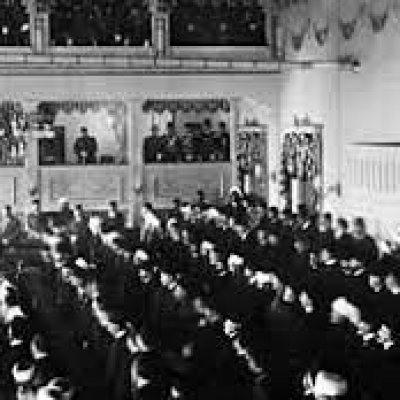 20 years of ceasefire has violently ended, and now Europe is again in a huge turmoil. Poland is divided between its neighbours, France was fallen in six weeks, the Balkans are under the rule of powers who seek for revenge of 1919 and the glorious empire of Britain is an island of debris now. The Revolution is just at the eastern border, while panzers are roaming in Thrace. On the other hand, the young Turkish Republic is just able to survive on its own, while everyone wants it on their side. Intrigues, schemes, and diplomatic pressure is a common thing now in the capital of the republic, while echoes of marching soldiers on every border creates earthquakes in Ankara. Everyone knows nothing will remain same, but no one knows how it will be.  In MUNAAL'23, you, as a deputy of the Turkish people in the Grand National Assembly of Turkey, will be leading the young Turkish Republic in troubled times. You will be in charge of diplomatic and political actions of your country, while trying to exploit the rivalries among great powers of the world for your country's good. On the other hand, a country in desperate need of reform and progress lies before you.  "Gentlemen, our nation rose from ashes like a phoenix, and you will be the ones who fly this phoenix.” 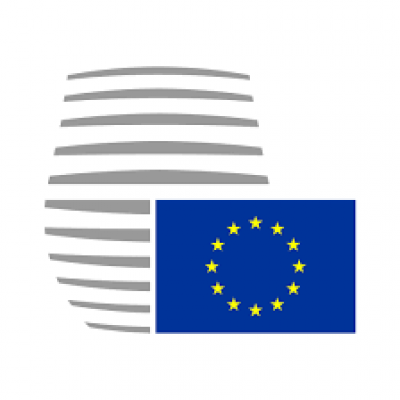 European Council
Topics
Agenda Item: Strategic role of the European Union in the Russian-Ukrainian Conflict with regard to the Adopted Action Plan for Ukraine for 2023-2026
The European Council is the defining establishment regarding the general decision-making of the European Union. The organisation is rather focused on advising the European Comission than passing Laws. As the conflict progresses in Ukraine since February 2022, the importance of a more integrated and united Europe proves to be necessary. The role of the European Union is crucial to the course of the conflict since Russia invaded the country because Ukraine aspired to be more integrated with Europe and in line with democratic and liberal values. The process of recovery and reconstruction is one of the most crucial points in the conflict since large parts of Ukranian infastructure are reduced to rubble. Especially eastern provinces like Kharkiv or Kherson need excessive focus on rebuilding. Efforts will not remain permanent without the necessary political and economic infrastructure, and humanitarian support. It should continue to be a high priority of the Council of Europe, as it causes problems that also affect European citizens closely.